Original design by Kelley Wills/Brain Flower Designs printed by RVA Threads on a 100% ring-spun cotton T-shirt. Contact us if you don't see your size!

“Gannett is a tough artist to peg, as his original songs are as likely to be arranged for a bluegrass band as given an acid rock treatment.” - John Lawless

“Born in Louisiana but living in Baltimore, MD, Miles Gannett is making us rethink what it means to be an Americana artist. This rethinking is good. On his new album, Meridian, we're hearing a combination of hard driving bluegrass, as well as great folky songwriting. There's some jam moments, too. And it's all Americana. It's all rooted in the tradition of great lyrics paired with top tier instrumentation by great players.”

“For the longest time, some music has had this ineffable quality to just make me feel a certain way, to almost change my life, if only for a moment. Miles Gannett’s Meridian did this to me.” - Matt Ruppert

Miles Gannett doesn’t sit still creatively. The Louisiana native, who now calls Maryland home, hears the seamless character of all music, blending and balancing strains of bluegrass with psychedelic folk textures, classic country phrasing with the propulsive notes of acid rock, and earthy blues with spectral ambience. His inventive lyrics marry the probing meditations of Jason Isbell with the story-song style of Townes Van Zandt and John Prine and the lilting rhythms of Willie Nelson.

Gannett’s songwriting grows out of a lifetime of listening to and playing a broad variety of music. “My dad was a guitarist and a songwriter, and he’s had a huge influence on me,” says Gannett. His father bought him an “old, junker guitar” when Gannett was 7. “I’d already been walking around the neighborhood singing ‘La Bamba’ at the top of my lungs,” he laughs. With that first guitar, Gannett learned one chord at a time, and once he learned one chord, he would write a one-chord song, he recalls. By the time he was 12, he asked his father for an electric guitar: “he told me he would buy me one when I learned to play the lead guitar parts of ‘Purple Haze’ and ‘Johnny B. Goode,’ and the rhythm intro to ‘Pinball Wizard,’” he laughs. Gannett got his electric guitar, and he eventually started playing in bands and writing and recording his own songs.

He put together a group called Fractal Cat in early 2011, recording three albums of original music with them and building a reputation on Baltimore’s airwaves and live music scene. After meeting up with recording engineer/producer Frank Marchand (Frank Solivan and Dirty Kitchen, We Banjo 3) to record Fractal Cat’s third album The Tower, Gannett started working on his “first countryish album,” which reflects his deep love of progressive bluegrass and classic country.

The title track is a tribute to Meridian, Mississippi and the ways the town’s beauty shines even through its broken-down historic buildings. It’s a snapshot based on Gannett’s first chance visit to the town, trying to avoid a storm while en route to Nashville.

“The Lucky Ones” features a jangly lead guitar solo on the instrumental bridge that floats over a lush bed of pedal steel; the music itself creates a palpable sense of nostalgia, a look back to days before the world got just a little too complex. “It’s sort of a nostalgic song,” says Gannett. “It’s about being a kid or a teenager before the internet and technology became so much a focus of our lives.”

In “Persuasion,” the narrator tries to persuade his true love who is “promised to another” to run away with him. “I was looking for a title, and my wife was reading Jane Austen’s novel Persuasion; she suggested the title based on its courtship theme and persuasive tone.”

The bluegrass scamper “Spores on Grass” lights off with sprightly fiddle runs that are chased around by skittering banjo and mandolin runs. “It’s a psychedelic bluegrass gospel song,” says Gannett. “I modeled it on Hank Williams’ ‘I Saw the Light’ and the Clancy Brothers’ whiskey songs.”

Gannett demonstrates his songwriting depth and breadth in the spacious meditations “Dark Time” and “Maria Sabina.” The latter floats over a Mariachi country river of sound that flows around rivulets of British psychedelic folk. “It’s a tribute to the Mazatec wise woman Maria Sabina, a healer to whom the psychedelic movement owes a great debt; she paid a great price for her kindness to Western seekers of the ‘magic mushroom,’” Gannett says, “and I wanted to share her story.”

The tongue-in-cheek country rambler “Short Haired Willie” pays tribute to the “short-haired” Willie Nelson who came to Nashville trying sell his songs. “It’s a really referential song about the early days of Willie Nelson and his struggles in Nashville. He didn’t give up, though, and he turned out alright,” laughs Gannett.

Today, Gannett’s music honors the contours of traditional music even as he continues to innovate freely and ingeniously within those contours. “I’m always adding elements that might be considered irreverent or blasphemous. I always try to build on old music, but I’m not making museum music.” 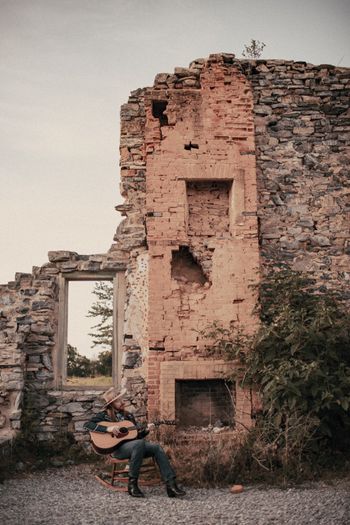 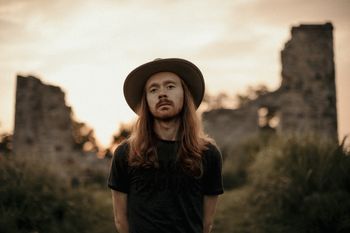 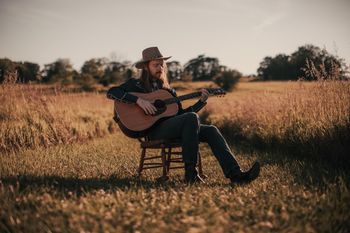 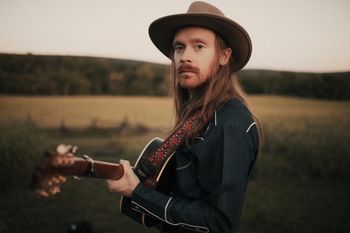 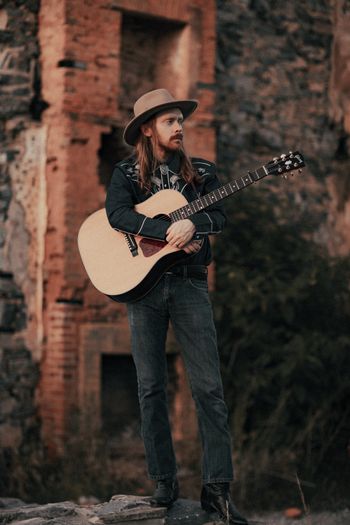 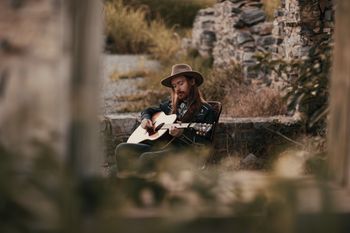 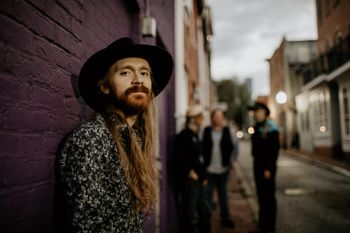